New to the Austin area, Dr. Hammons’  dreams are now met with Hammons Family Dental. It is dental practice that is a place for all of your family’s dental needs. He is happy to call it home and to make a difference in the community one smile at a time.

Dr. Travis Hammons’ education began at Arizona State University. After taking a break to serve his church in a two-year mission in Argentina, he went on to attain his Doctor of Dental Surgery degree from the University of the Pacific in San Francisco, California. He was a member of the TKO Honor Society and graduated in 2006 with Honors.

Dr. Hammons is an ambitious and a meticulous dentist who has had a productive military background with exposure to all facets of dentistry. In 2006, he toured for two years in Germany to work on servicemen and women by refining their dental care.  Upon his return, he continued his service with a 15-month tour in Iraq, where he was awarded the Army Commendation Medal.

Enjoying life now as a civilian, Dr. Hammons is a family man with two daughters and a son who inspire him in treating all members of the family.  He loves the outdoors and enjoys being out on his mountain and road bikes.  Always ready for new challenges, he is Mr. Adventure as he propels himself off cliffs, shoots guns, and learns the healer’s art one dental surgery at a time.  He has yet to have a broken bone and lives to tell his tales of diving off Swiss Alps, rappelling radio towers, and falling from planes. 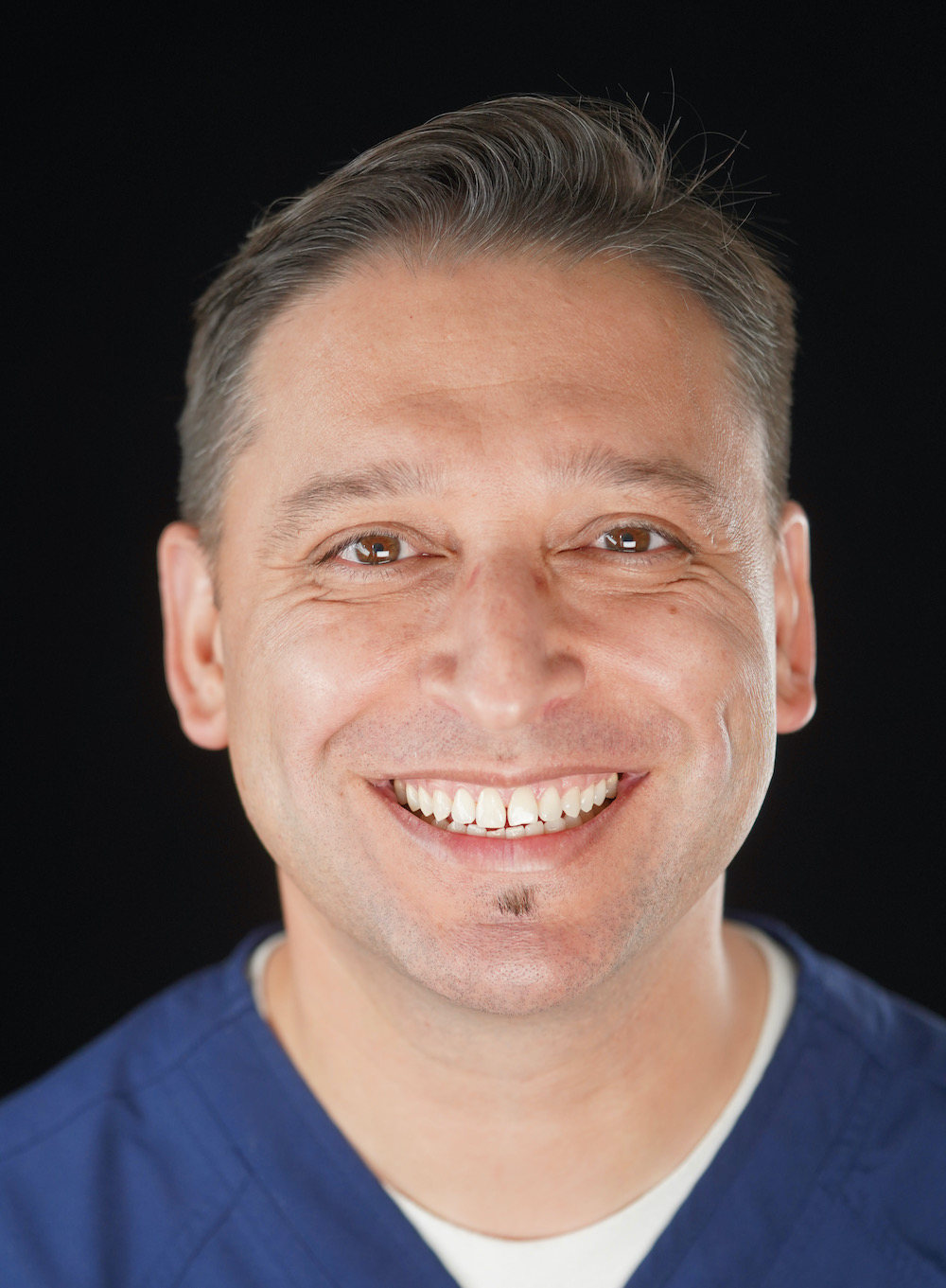 Dr. Hazembuller, who loves being called Dr. Rafa, was raised in the Argentine Patagonia surrounded by beautiful mountains and glaciers. When he was 22 years old, he moved to the USA to go to college at Brigham Young University, where he graduated with a degree in economics. He worked in banking and finance in Seattle and Washington DC until he learned who he really was and made a career “U-turn” to make a real impact on people’s lives through dentistry.

Dr. Rafa did post-baccalaureate work at the University of North Carolina-Charlotte, and later earned his Doctor of Dental Medicine degree at Roseman University of Health Sciences, in Utah.
He enjoys hanging out with his wife and kids, the performing arts, taking naps on the grass, meeting new people, learning about the human body, museums, riding electric long boards, and playing pickleball. Some of his greatest memories are his wedding day, hiking around glaciers and whale watching in Patagonia, and being a missionary in northern Argentina.

He is married to the love of his life and is the father of two boys and a girl.

Dr. Rafa is a committed life-long-learner of the science of dentistry. He is a member of the American Dental Association, the Crown Council, and is licensed with the Texas Board of Dental Examiners.

NagiosCheckValue - Do not remove please